Among the rolling hills of Zululand, cut into the rock face, lies Isandlwana Lodge, overlooking the battlefield plains where the Zulus defeated the British in the first major battle of the Anglo-Zulu war on 22 January 1879. The lodge has been built in the shape of a shield, with a thatched roof and rock walls resembling a traditional Zulu kraal. Each of the columns that support the roof is named after a Zulu commander or significant person in the chain of command during the Anglo-Zulu War.

The stillness of the setting belies what is regarded as one of the most dramatic events in the history of the Zulu Kingdom, brought to life by Isandlwana’s resident guide, Dalton Ngobese, himself a descendent of one of the impi warriors at the Battle of Isandlwana. Dalton’s storytelling will keep guests mesmerised as he recaptures the Zulu history of Isandlwana, the Battle of Rorke’s Drift and other conflicts that took place in the surrounding areas.

Situated in the very heart of the historic location where these remarkable events took place, Isandlwana reverberates with Zulu history and culture, reflected not only in the décor throughout the public areas and the twelve luxury bedrooms, but also in the sweeping panoramas of the plains which are devoid of development, and likely to look exactly as they did over a hundred years ago. The magnificent views can be enjoyed from every vantage point in the lodge, whether you’re sipping on sundowners on the upper verandah, enjoying the privacy of your own balcony, or indulging in a skilfully prepared meal in the high-ceilinged dining room.

Although guided battlefield and cultural tours are a highlight at Isandlwana, guests can also retreat to the comfort of the library to delve deeper into the region’s history, or recall the gripping events with other similar-minded visitors in the comfortable lounge and bar areas. Or simply cool off in the rock pool and soak in the endless vistas!

Easily accessible from Johannesburg and Durban off the N3 highway, Isandlwana Lodge is also the ideal location for executive conferences or team-building getaways. A board room has a capacity of up to four people and a second meeting room can accommodate up to eight delegates. 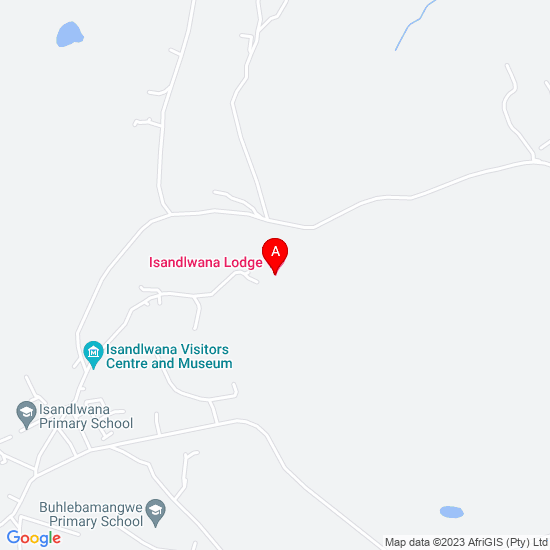